A control system may consist of a number of components. To show the function performed by each component, control engineers commonly use a diagram called the block diagram.They are used in various control actions at automated control systems. The first application is in representing physical systems.

A block diagram of a system is a pictorial representation of the functions performed by each component and of the flow of signals. Such a diagram depicts the interrelationship that exists among the various components. Differing from a purely mathematical representation, a block diagram has the advantage of indicating more realistically the signals flow of the actual system.The Figure 1.9b and c show a schematic for an Antenna azimuth position control system, and Figure 1.9d shows its functional block diagram: 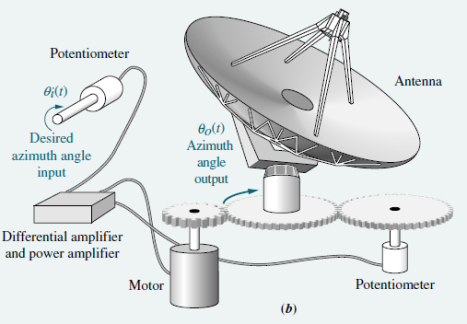 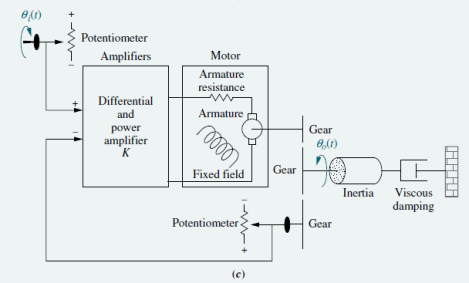 The functional block is a symbol for the mathematical operation on the input signal to the block that produces the output. The Transfer Functions of the components are usually entered in the corresponding blocks, which are connected by arrows to indicate the direction of the signal flow.

So, each block can be considered as a subsystem. When multiple subsystems are interconnected it is necessary to add new elements to the block diagram: summing points and pickoff points. The characteristics of each element are shown in Figure 5-2: 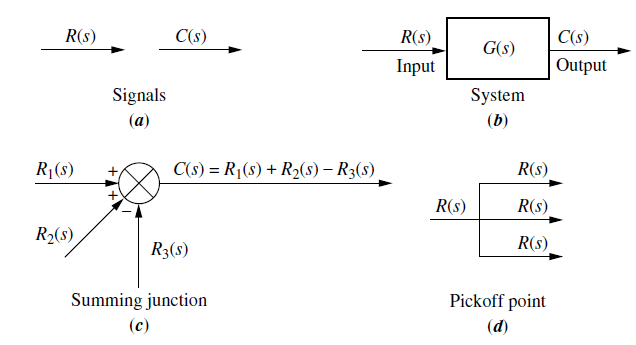 One of the most important components of a control system is that which acts as a union point to the comparison of signals. That is what a summing point do. Examples of the devices involved in these operations are the potentiometer and the differential amplifier. Figure 3-3 shows the diversity of this operations: 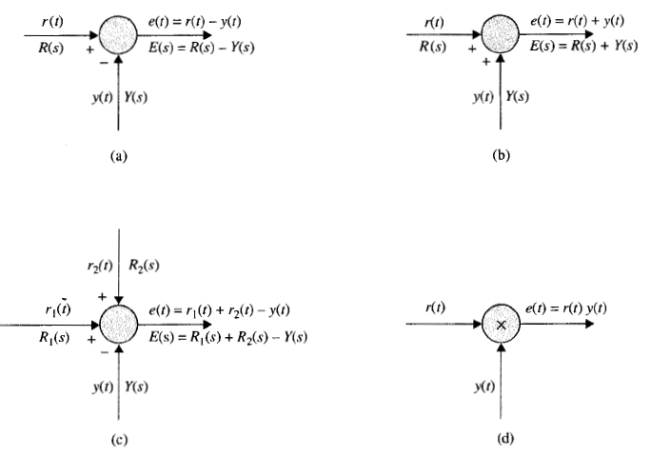 A pickoff point, as shown in Figure 5-2, distributes the input signal to several output points.

We will now examine some common topologies for interconnecting subsystems and derive the single Transfer Function representation. These common topologies will form the basis for reducing more complicated systems to a single block.

Figure 5-3 shows an example of cascade configuration. Intermediate signals values are shown at the output of each subsystem. Each signal is derived from the product of the imput times the Transfer Function. 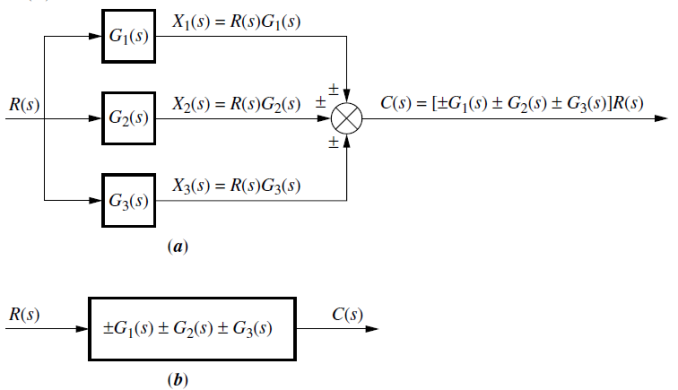 Figure 3-4 shows an example of a block diagram of a Feedback system, also known as Closed-Loop System. The output C(s) is fed back to the summing point to compare it with the reference input signal R(s). 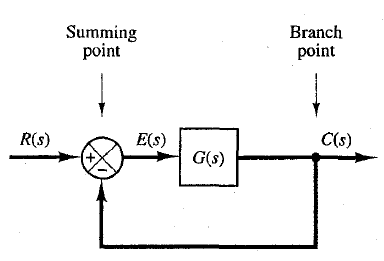 Generally, when the output signal C(s) is fed back to the summing point for comparison with the input, it is necessary to transform its form so that it gets the same form of the input signal. For example, the output could be an assessment of the temperature, thus it has the dimensions of the temperature, but the input could be a level of voltage, so it has a typical dimension of electricity. The control system must implement a transducer to set both signals in the same dimension. The conversion is accomplished by the feedback element whose Transfer Function is H(s):

For the system shown in Figure 3-5 the output C(s) an input R(s) are related as follows:

To finish, Table 3-1 shows the algebraic rules for Block Diagrams: 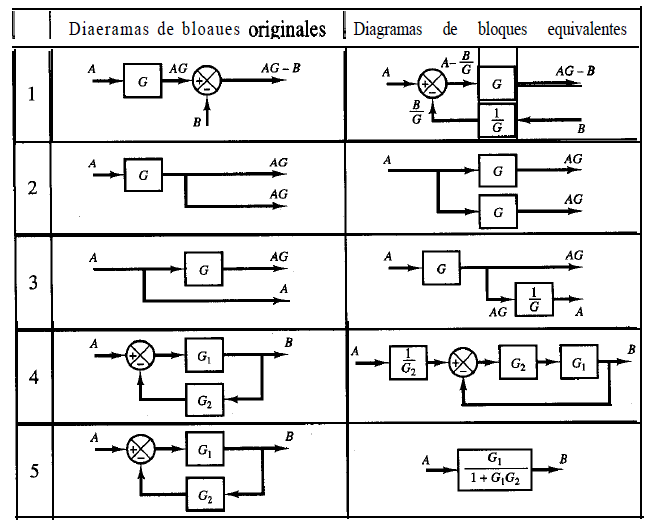 The next example shows how to obtain the Transfer Function of a closed-loop model by using the rules from Table 3-1 at simplifying Block Diagrams: 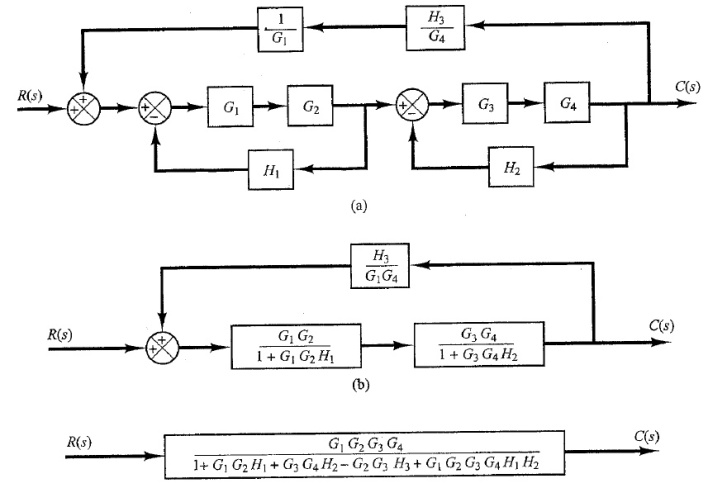