To convert a transfer function into state equations in phase variable form, we first convert the transfer function to a differential equation by cross-multiplying and taking the inverse Laplace transform, assuming zero initial conditions. Then we represent the differential equation in state space in phase variable form. An example illustrates the process.

Find the state-space representation in phase-variable form for the transfer function shown in Figure (1):

Using this notation, we can rewrite equation (1) as:

Step 3. Differentiating both sides of the last equations, we must find _x1 and _x2, then we use Eq. (2) to find x3. Proceeding in this way we obtain the state equations. Since the output is c=x1, the combined state and output equations are:

Step 4. Expressing the last equations in vector-matrix form, we get the state-space representation of the system as:

The second transfer function with just the numerator yields:

Where, after taking the inverse Laplace transform with zero initial conditions, we obtain:

But the derivative terms are the definitions of the phase variables obtained in the
first block. Thus, writing the terms in reverse order to conform to an output equation, we obtain:

Hence, the second block simply forms a specified linear combination of the state
variables developed in the first block.

From another perspective, the denominator of the transfer function yields the
state equations, while the numerator yields the output equation. The next example
demonstrates the process.

Find the state-space representation of the transfer function shown in
Figure 3(a).

Step 3. Introduce the effect of the block with the numerator. The second block of
Figure 3(b) yields:

Taking the inverse Laplace transform with zero initial conditions, we get:

Thus, the last box of Figure 3(b) ‘‘collects’’ the states and generates the output equation:

Although the second block of Figure 3(b) shows differentiation, this block was implemented without differentiation because of the partitioning that was applied to the transfer function. The last block simply collected derivatives that were already formed by the first block.

Thus, the full state-space representation of the system is:

Once again we can produce an equivalent block diagram that vividly represents
our state-space model: 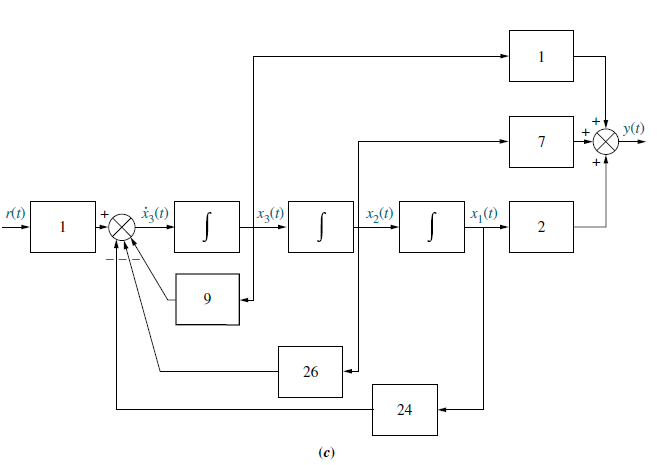 Some content on this page was disabled on 3 April, 2020 as a result of a DMCA takedown notice from Pearson Education, Inc.. You can learn more about the DMCA here: 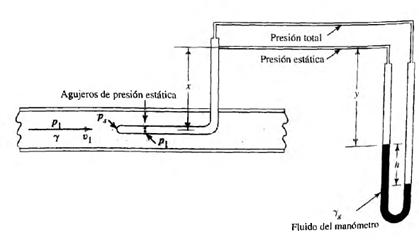 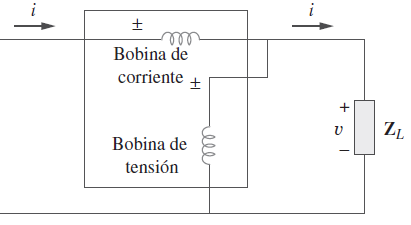