The Nyquist criterion can tell us if the system is stable or unstable by determining how many closed-loop poles are in the right half-plane of the closed-loop system of Figure 1:

Consider the contour A defined in s-plane of Figure 2: 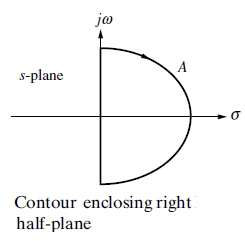 Thus, to reach stability, Z must be equal to zero.

This mapping is called the Nyquist diagram, or Nyquist plot, of G(s)H(s).

To understand the Nyquist criteria for stability, we must first establish four important concepts that will be used during its application:

Step 1. Find the open-loop transfer function G(s)H(s) of the system. 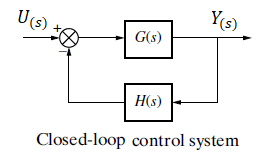 The system characteristic equation is as follows:

The factor form of this characteristic equation is:

To determine the previous factor form:

Where the open-loop transfer function G(s)H(s) of the system is:

Step 2. Use Command Window of Matlab to draw the Nyquist Diagram, applying the following commands: 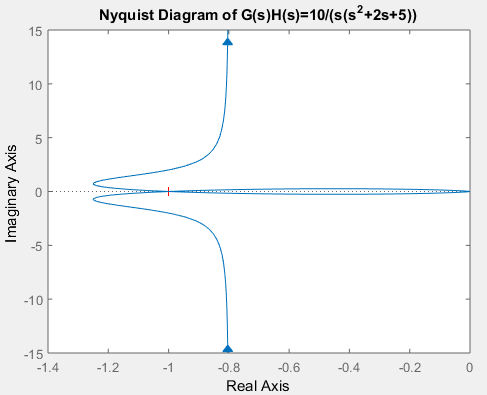 We can see at the previous Diagram that for:

To reach stability, Z must be equal to zero: 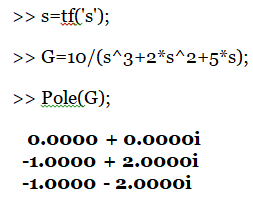 A detour around the poles on the contour is required:

In the Nyquist Diagram obtained for the system of Task 2, the point -1+j0 is highlighted in red: 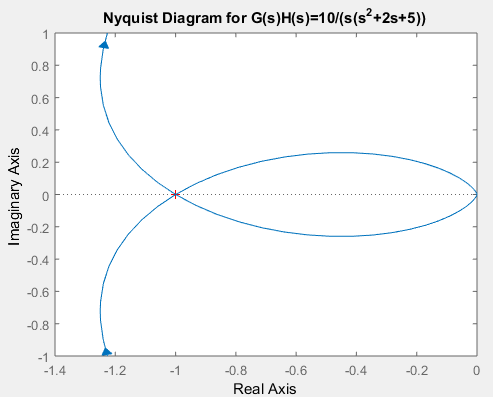 However, the Nyquist diagram intersects the real axis at -1+j0. Hence, according to the Nyquist Criteria, the system is marginally stable.

1 comentario en “Stability via the Nyquist Diagram – The Nyquist Criteria”